Prehistory of Columbia and its surrounding area 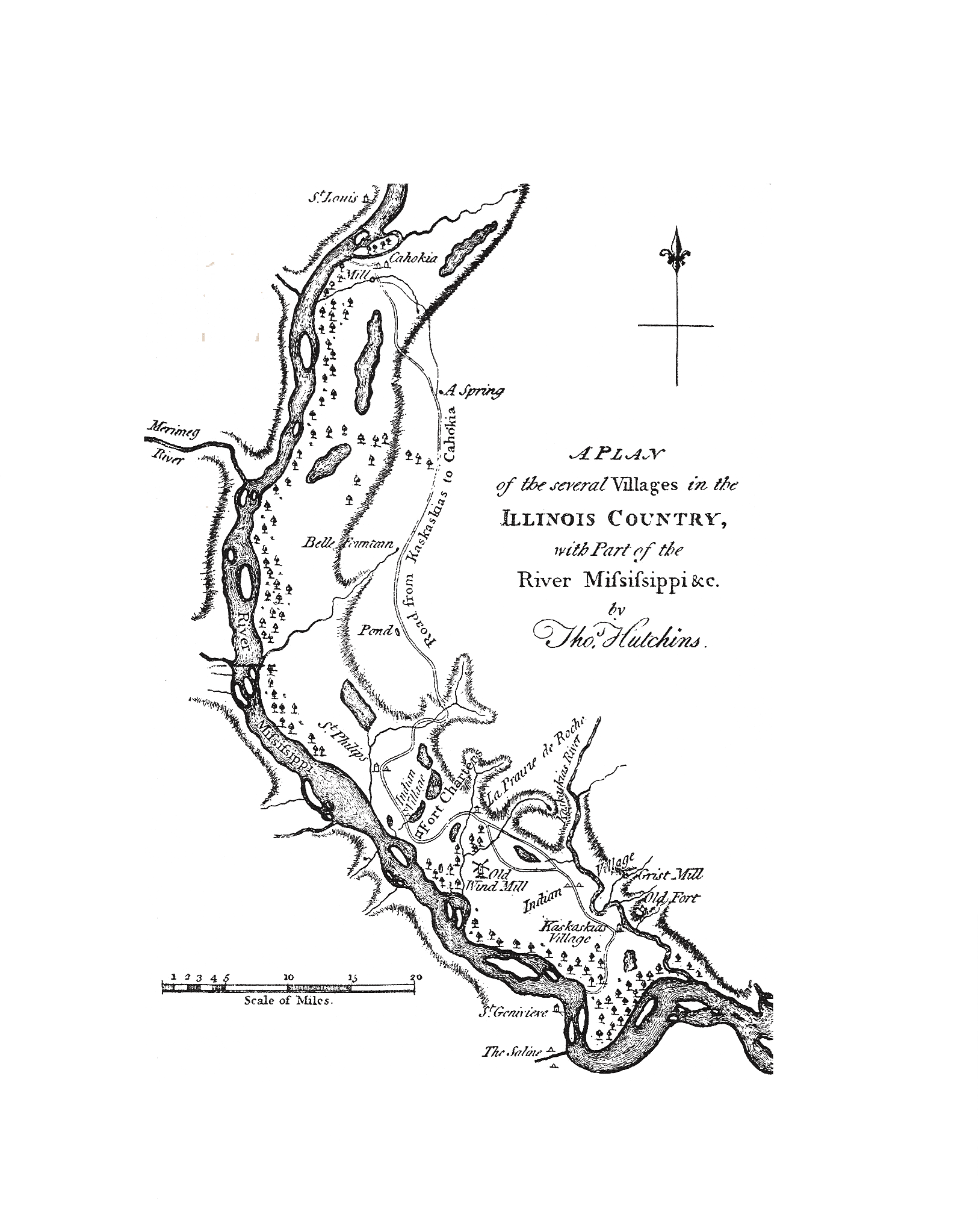 City of Columbia is located in northwest Monroe County, Illinois. It currently covers approximately 9.5 square miles (ca. 24.5 sq. km). Initially incorporated in 1859 as a small farming settlement on the bluffs above the Mississippi River floodplain known as the American Bottom, the city now embraces both the uplands and bluffs but also the adjoining floodplain.

Columbia has a long history of occupation that may extend back to the end of the Ice Age over 12,000 years ago. This history is related to American Indians who the French encountered when they arrived. The Indians present in the area were members of the Illinois tribe who had moved into what became the State of Illinois in the mid-seventeenth century. Like their European counterparts, the Illinois had emigrated from the area around the western shores of Lake Erie. Other tribes that once inhabited the area were the Kaskaskia, Peoria, Cahokia, and Michigamie tribes. Evidence of the earlier use of the Columbian landscape is found in the materials left behind at various locations, called sites. These materials in the form of stone arrowheads, fragments of other stone tools, and broken pieces of pottery were quite visible to those newly arrived farmers who had begun to farm the once bountiful prairies. Another more visible part of their presence was the earthen mounds they constructed.  Unquestionably, these mound builders were some of the first inhabitants of the area--they primarily constructed ceremonial and burial mounds throughout the Mississippi and Ohio River valleys. Columbia is home to two small mounds in Fish and Bixby Lake area that were built by the mound builders and their subsequent Native American tribes that lived in the area from the eighth or ninth century until the appearance of European settlers in the eighteenth century. Occasionally, aboriginal cemeteries were also found, but these tend to be relatively recent, going back about a thousand years.

History of columbia and its surrounding area 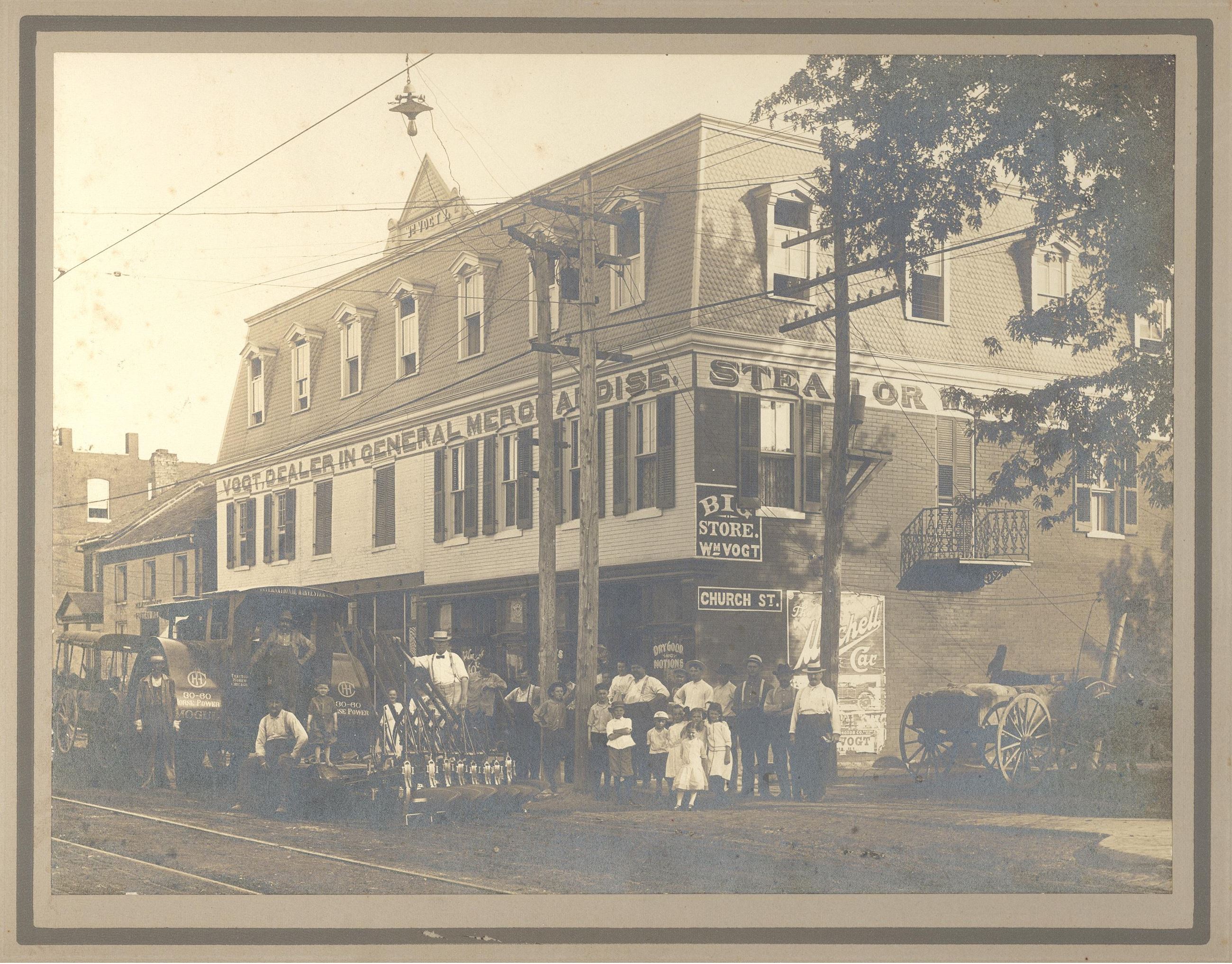 While the town of Columbia was not incorporated until the mid-nineteenth century, this area had long been inhabited, first by the mound builders and later by other tribes of Native Americans. This general region, which officially became known as the Illinois Territory in 1809, was first settled by Europeans in the late seventeenth century. French traders traveled throughout the area and the military presence in this region began circa 1720 with the establishment of the military outpost known as Fort de Chartres. At that time, the French called the area in which Columbia is located “L’Aigle” or “The Eagle.”

The British also settled in the area in the eighteenth century and after the Revolutionary War, American settlers from the various colonies moved to the region. After George Rogers Clark captured Kaskaskia (which eventually became the capitol city of the Illinois Territory), from the British in 1778, he and his men passed through Columbia—just some of the many travelers on what became known as the Kaskaskia-Cahokia Trail. Some of his men brought their families from the East Coast back to the area that became Columbia in the 1790s.

The first permanent American settlements in the area were known as Fort Whiteside and Piggot’s Fort—both were “fortified” timber structures to withstand attacks from Native Americans who had been agitated by the British with whom they were allied. Piggot’s Fort was constructed in 1780 in the American Bottom west of Columbia, while Fort Whiteside was built in 1793 for William Whiteside, a former soldier, between Columbia and what is now Waterloo.

Monroe County was established in 1816, and the Illinois Territory became a state two years later. Known as Eagle Precinct until 1875, the community that came to be known as Columbia was laid out on high ground in 1820 and a post office was installed in 1822.

The influx of German immigrants began arriving in the area in the mid-1830s. The Midwestern region became a popular destination for Germans unhappy with their lives in their native country - a number of which settled in Columbia. Later, more Germans came to settle here from both the East Coast and Germany. The settlement of Columbia received its town charter in 1859. According to an 1879 census, Columbia had grown to nearly 1,400 residents twenty years later. Eagle Precinct formally changed its name to Columbia Township in 1875, and Columbia became a village in 1903 and a city in 1927. According to the 2010 U.S. Census, the city has expanded to include nearly 10,000 residents and continues to grow.