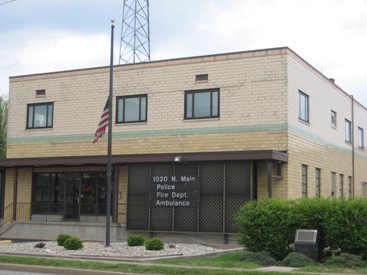 
The Columbia Police Department consists of eighteen sworn Officers, including the Chief and Deputy Chief of Police, and also utilizes the assistance of one part-time Detective. Full-time Officers are issued their own patrol vehicle.

The department is housed in its own facility, which is part of the Public Safety Complex. The Police Department sponsors several community-oriented programs, including the D.A.R.E. program, Safety Town Program, and a Senior Citizen's Officer.

The department is utilized by the Illinois State Police as a satellite office for their officers in the southern part of the local district. The department also has a working relationship with the Monroe County Sheriff's Department and several neighboring communities.

The City of Columbia maintains its own 911 center, which operates in conjunction with the Monroe County 911 service and serves as a backup for the county's 911 center.

At least eight major hospitals are within 25 miles of Columbia, including Barnes-Jewish Hospital, ranked among the nation's top 10 research hospitals.